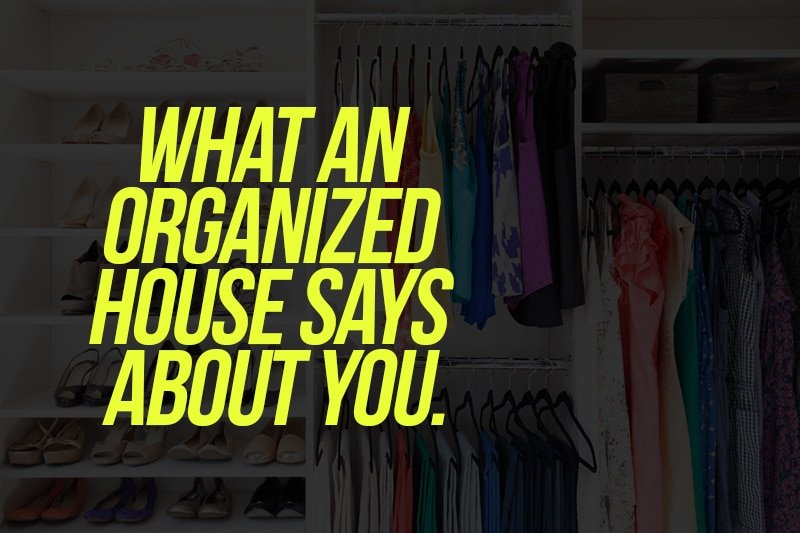 What an organized house says about you

What an organized house says about you

Some things that an organized house says

It is very common to hear that the houses have voice, of course, this is not literally, but indeed the house represents something beyond what we think; results that the decoration of a house might show to the people some information about our personality, therefore it is very important to have a house in the most proper way if we want to avoid to transmit to the people a negative image, so an organized house is the main key to avoid all of this and as a consequence provoke positive image on the visitors.

Some of the positive things that the house says is related to the personality, a lot of people have heard that the home is the main proof about it and it is; if the house has an organization that goes to a military level, it is said that the person is strict and is only happy when everything is not being used; in the case that the house has a middle organizations, this means that organize but not that much, if this is the case the owner of the house have is comfortable and does not require perfection; if the house is a complete mess, usually in this type of homes live people completely unorganized, complicated and in some cases depressive.

Basically when you have an organized house, the visitors might mostly think a lot of positive things about the people, like that you like to have an order in your life and are responsible, but also the colors of the house are relevant in this thoughts, as an example the white color represents that the person is simple and does not like the complicated but have good likes or the black that is used by those that are very disciplined, independent and with authority.

Some things that you do not realize that transmit an unorganized house.

First of all is necessary to realize that there are a lot of ways to be unorganized, one of the most common is when a person buys a lot of things constantly, if this is the case, this might represent that you want to do a lot of things at the same time but does not end any of them; other case is when you keep with old stuff, this transmits that the owner of the house lives in the past; among those cases that are relevant we find the disorder in the bedroom, when this happens represents that the romantic life of the person is a mess.

Finally, we find the general disorder, this represents that the person tries to be away from situations that generate anxiety, but if this is also related to bills and letters means that the individual tries to have excuses to not have a life or an active social life.

As we can see an organized house is the best, but the perfection also might transmit some negative stuff about the owner, as an example the exaggerated use of unnecessary decoration, like an unused piano, a lot of mirrors, a huge TV, a flag every day; all of the before mentioned show something that might not like to the people, in the case of the pianos if nobody use it represents that you want to say that you are a successful person, or with the TV that represents that you want to show that you are better than others; in the case of the flag, this represents that the owner has thoughts of greatness.

But an organized house also has the power to show some stuff about the owner that many people do not realize, like the politic side, the extroversion level of the person, the weight, even if the owner likes his job, these are mostly determined by the color of the house and in the case of the work at the moment of making the bed is essential, if the owner makes it every day represents that likes it, in the other case represents that does not like it.